Microsoft-Nokia the honeymoon is over ! 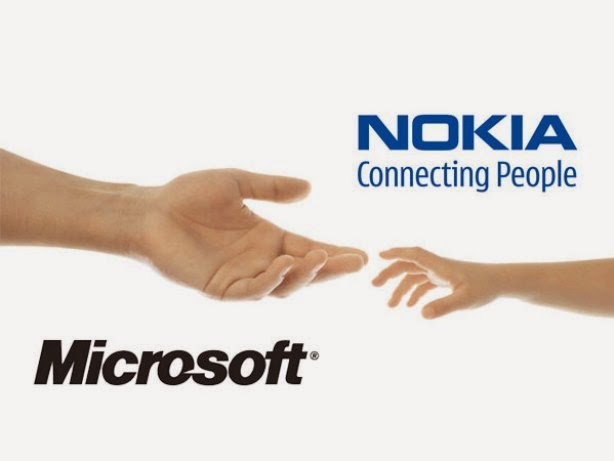 I had voiced my opinion a month ago regarding Microsoft-Nokia association.
Yes, The $7 billion honeymoon is over. Ten months after that pricey acquisition of Nokia's handset business, Microsoft said 12,500 of the 18,000 layoffs will be from the Finnish company it acquired. It is the biggest layoff in company history.
Satya Nadella, Microsoft CEO for less than six months, is swiftly leading the company to focus on "platform and productivity" from "devices and services". This is happening while the company is living in a "mobile-first and cloud-first world," Nadella wrote to employees last week. Nadella also wrote that he will reveal "further specifics on where we are focusing our innovation investments."
It's a step in the right direction and I hope they "become more agile and move faster."
--------
June 14th, 2014.
Its been three months since Microsoft acquired Nokia Phones. The initial enthusiasm surrounding the deal has subsided. It's now action time for Microsoft as the consumer is anxious in anticipation of new product line.
The choice of models, pricing and marketing communication should be more innovative. The branding needs to be a unified "Microsoft" message. Usage of both Nokia & Microsoft in communication should be avoided as it is misleading and confusing. Microsoft is already a household name and a great brand, therefore the consumer will be happy to make the transition from Nokia to Microsoft without any hesitation.
Although Nokia is a good product it failed to keep in pace with the smart and quick market moves of its rivals like Samsung & Micromax. Microsoft needs to fix this gap.
It would be good if Microsoft can come-up with a great campaign targeting the festival season and position Microsoft as a reliable, solid & stylish phone for the consumer. There is no meaning in having multiple models with low market penetration. It is wise to consolidate and focus on few new models and give them a good marketing push.
There is a lot of excitement from Google & Apple with new announcements every day. We expect Microsoft to create a buzz with few of its path breaking innovations like flexible display, wearable devices, wireless chargers and power backup.
It would be great if a next version of Windows mobile is released with features taking advantage of Nokia's unique patented hardware Example: Camera and Sensors. Microsoft assets like Office Suite, Skype, Xbox, Bing, Music Store, App Store will also help the consumer decide in favour of Microsoft Phones.
Nokia's service centers should also be revamped. With most of the sales happening online, Microsoft should take on to online service support as it helps connect with the consumer directly. The repair factories should be stocked with adequate spares, with focus in improved turn around time (TAT).
There is a huge demand in telecom market for a quality service provider - I join the millions of users and look forward to the best from Microsoft.
Umamaheswaran, CEO, Bigfix | Ecare