Why your phone and laptop batteries degrade ? 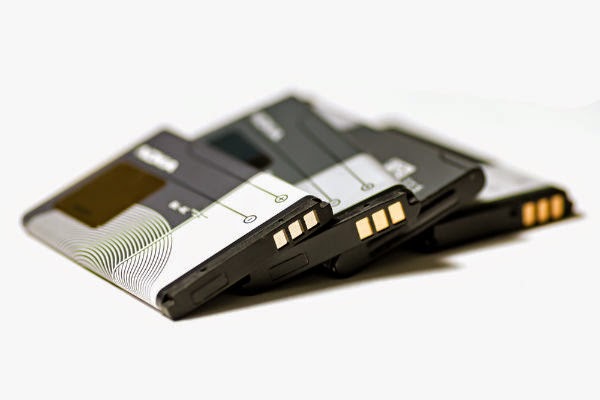 We've all experienced the woes of a degraded rechargeable battery, whether it’s a phone that can't last a day without a charge or a laptop that’s become so reliant on its charger you can barely call it a portable device anymore. It's a problem that scientists have struggled to solve because they couldn’t figure out what was causing such sudden and rapid battery deterioration.
But now researchers at the US Department of Energy have identified why rechargeable batteries lose their ability to hold a charge over time. Working with lithium-ion batteries, which are the most commonly used type of battery in consumer devices, the researchers were able to map their charge and discharge process down to a few billionths of a metre to find exactly how degradation occurs.
Their research appears in a pair of studies published by Nature Communications,and according to Matt Safford at Smithsonian Magazine, two main culprits in battery degradation were identified:
"The first: microscopic vulnerabilities in the structure of the battery material steer the lithium ions haphazardly through the cell, eroding the battery in seemingly random ways, much like rust spreads across imperfections in steel.
In the second study, focused on finding the best balance between voltage, storage capacity and maximum charge cycles, researchers not only found similar issues with the ion flow, but also tiny accumulations of nano-scale crystals left behind by chemical reactions, which cause the flow of ions to become even more irregular after each charge. Running batteries at higher voltages also led to more ion path irregularities, and thus a more rapidly deteriorating battery."
While Daniel Abraham, who carries out his own lithium-ion battery research at the Argonne National Laboratory in the US, told Safford at Smithsonian Magazine that there may be more to battery degradation than what was identified by these two studies, the team is optimistic that their research will lead to longer-lasting, more compact and more powerful battery technology.
This will be especially important, said Huolin Xin, a materials scientist at the Brookhaven National Lab in the US and coauthor on both studies, if electric cars are to be more economically viable in the future. It's generally accepted that we need to replace our phones and laptops every three years to maintain maximum performance, but for an electric car, that rechargeable battery should last for at least 10 to 15 years. The team is hoping that their research will lead to the development of electric car batteries that will last for three decades or more.
----------------------------------------------
Source: Smithsonian Magazine
L3 REpair center for Mobile Phones: www.bigfix.in