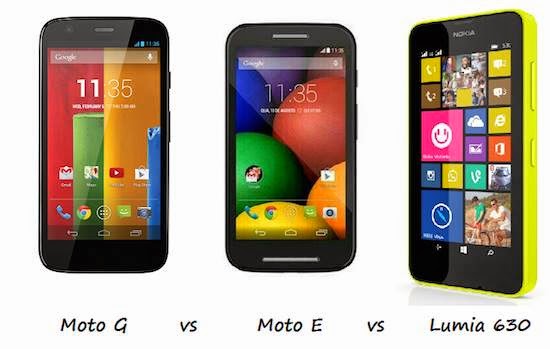 Second Quarter (2014) Mobile phone sales data as reported by Canalys market research firm.
The market leader in India is still Samsung as it sold 41 lakh phones. Micromax and Karbonn stood at the second and third place.
Motorola on re-entering the Indian market through online ecommerce portal www.flipkart.com with its smartphones has taken the fourth place replacing Nokia. Motorola sold 9.55 lakh smartphones in the second quarter of 2014 and moved ahead of Nokia (bought by Microsoft) which could sell only 6.33 lakh sets.
Motorola gained from excellent sales of its Moto G model and is now snapping at the heels of Karbonn, which has lost 15 per cent market share this year.
The Indian smartphone market grew at 9 percent in the second quarter, the report added.
------
Login to www.bigfix.in for out warranty repair of all branded phones.