Xiaomi Redmi 1S, Its way ahead of competition ! 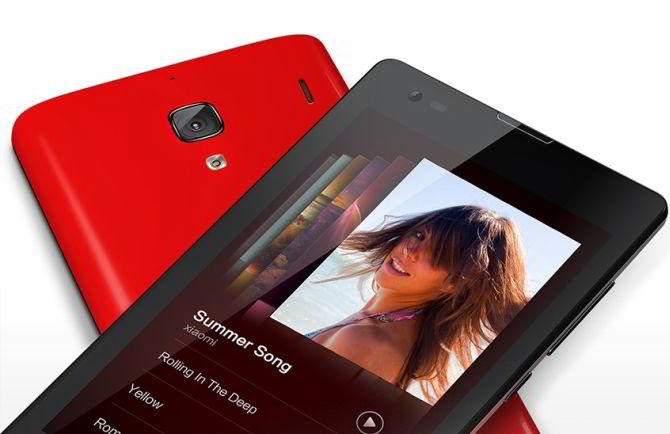 The Redmi 1S, Xiaomi's latest handset offering, has all the ingredients to churn out a blockbuster. Priced at just Rs 5,999, it throws a big challenge to most phones in the sub-Rs 10,000 range in India with its unmatched specifications.

Design and build
Hard to expect an original design from the Chinese, isn't it? The Redmi's design borrows heavily from the Nokia Lumia series, and, if not for the back panel, it would look identical to the Lumia 520.

It has a tough and sturdy frame with an equally smart-looking exterior in black and grey. The plastic used on the back panel screams Chinese, but outdoes the competition in this segment.

The company may announce colourful back panels soon. The back cover is removable, as is the battery, unlike in the Mi3, and the RedMi supports dual SIMs.

Display and touch
Every phone has that one astonishing feature, and for the Redmi the high-definition (HD) display at the given price is what blows our mind.

The spectacular 720X1,280-pixel HD display is overwhelming. It sports a 4.7-inch IPS LCD display with Dragontrail glass protection instead of the usual Corning Gorilla Glass 3 protection the Moto E and the Mi3 sport.

Put to test, the screen is scratch-proof and sturdy but gets easily smudged.


The Redmi's touch response is swift, smooth and by far the best in the price range. Unlike the Moto E and similar to the Lumia phones, it has three capacitive buttons below the main screen.

Incorporating their unique bit with the MIUI, one can swipe the unlock button in four directions to either quickly turn on the camera, access your text messages or the phone dialer, as well as unlock the phone.

Camera and multimedia
The phone boasts of an 8-megapixel (MP) primary camera along with an LED flash, and a 1.6MP secondary front-facing camera, both sourced from Sony.

The rear camera takes decent shots equipped with basic filters, detection and aperture settings. The focus could have been much better and excess noise is a problem in most images. Images in low light are average.

The front selfie camera performs surprisingly well with crisp non-distorted images. Video quality is impressive.
This model from Xiaomi, too, doesn't come with headphones, like the Mi3. The sound quality is great when connected with headphones but is quite low in the loudspeaker mode.

Battery and storage
The one area where budget smartphones have failed miserably is their battery capacity.

The Redmi 1S, in comparison, fares well with a 2,000mAh battery for moderate use. However, extensive 3G use coupled with gaming sessions is not what the battery can withstand.

The phone promises an internal storage capacity of 8GB, of which only 6.14GB is usable, not bad at all given that most phones at this price come with half that storage capacity. The expandable memory on this device is up to 32GB.

Performance
The ultimate test, given the price, has to be the phone's day-to-day performance and Redmi does not disappoint.

Equipped with a quad-core (Qualcomm Snapdragon 400) Cortex-A7 processor, clocked at 1.6GHz with a 1GB RAM, the phone promises to be a powerhouse.

The phone runs on Android 4.3 Jelly Bean with Xiaomi's MIUI 5 user interface (UI). The company is looking to upgrade to the MIUI 6 soon.
Multitasking is a cakewalk and the speed in envious. I must mention that the Moto E is a better pick for a power user.

Almost a week into using the Redmi and having downloaded near to 15 external apps, it did start to crack with its speed and response. Other than that, there is little to complain about its day-to-day operations.
Xiaomi's UI has already been a hit since the Mi3's launch, with its customisation being the highlight. With this model, the UI also offers unique modes such as the Lite mode and Guest modes.

The Lite mode makes the UI simpler and less confusing for elderly users, offering bigger tiles and text and giving the feel of a feature phone.
Redmi comes with Google Mobile Services, which includes all the Google apps including Gmail, Play Store and Maps. Both Swift Key Pro and the Android keyboard are pre-installed.

Verdict
With focus on each specification to beat its competitors, the Redmi 1S is set to take down competitors, given that it can meet the demand and not fall short as it did with the Mi3.
More than a lakh people have already registered for the first 40,000 handsets. With minimal advertising and superb viral trends the company has created a buzz like no other and Redmi 1s is definitely worth the wait.
---
XIAOMI REDMI 1S
Price: Rs 5,999
Dimensions: 137x69X9.9 mm
Weight: 158g
RAM: 1GB
Camera (rear/front): 8MP with LED flash, 1.6MP
OS: Android OS, v 4.3 with MIUI 5
Battery: 2,000mAh removable Li-ion
---
Video Review

By Umamaheswaran June 04, 2020
Covid 19 has forced people to stay indoor and perform thier regular duties. People are online at home 24x7 performing the following activities. ✓ Work from Home ✓ Webinars & Events ✓ Elearning ✓ OTT Entertainment ✓ Social Media Content ✓ Gaming ✓ Bill Pay ✓ Govt Complainces We have aggregated technicians in your neighborhood and can connect you to them for your support.  Our technicians can handle installation, maintenance and repairs of the following electronic devices: ✓ Mobilephone ✓ Tablet ✓ Laptop PC ✓ Desktop Computer ✓ Printer ✓ Network Equipments ✓ Cabling & Wifi Setup ✓ CCTV ✓ Smart TV ✓ IoT Devices You can add all devices to our our web & mobile apps and trigger a support ticket whenever required. No Booking fee. Pay only for service availed. Our technicians will arrive at your doorstep in minimum turnaround time. They have been advised to maintain hygiene and handle customer needs with maximum precautions.  https://app.bigfix.in Ph: 7305575757
Post a Comment
Read more

By Umamaheswaran March 25, 2021
We at   Bigfix   have grown a   Pan India network  of service centers and equipped them with our SaaS Application. This helps our partners to automate, professionalise and manage lifecycle of installation & repair orders. Our partner network includes: 1. 800+ Authorized Service Centers representing all major brands to handle warranty repairs in every major State/District/City in India. 2. 1500+ Independent Service Centers to handle out of warranty repairs of consumers devices, electronic gadgets and computing devices. 3. 3000+ Individual skilled, certified and verified technicians to perform doorstep installation and audit services. Alliance Partnerships We provide end-to-end support capabilities extending from customer relationship management to problem resolution and reporting. Our clients include OEMs, E-commerce, Large Retailers and Assurance Companies.  We have developed a advanced CRM for customers to load, manage, track and pay for orders. Our network has a coverage of 18000
Post a Comment
Read more