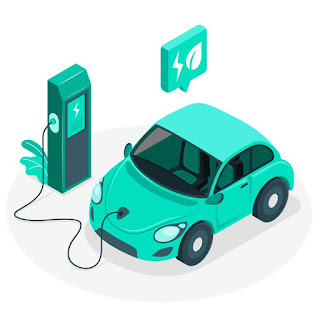 Key factors to look out for if you own an EV

EV’s are the need of the hour and the future of automobile industry. Not only do they save the environment, they also save you lot on the maintenance department. Current combustible engine vehicles are a major pollutant. Vehicles are said to contribute to 27% of air pollution and are responsible for 75% of carbon monoxide in the atmosphere. These alarming numbers can be reduced if we replace ICE vehicles with EV’s.

EV’s, although expensive, guarantees savings in the maintenance front as they have less moving parts compared to an ICE and the cost of electricity is pennies when compared to the cost of fuel. Reduced moving components mean that there is a lesser chance of things going wrong in an EV. So what are the factors that one should really look out for in an EV? Here I have debriefed on the 4 major points to look out for:

In an EV, the battery takes up the majority chunk of space under the hood. A car battery is very similar to any other device battery, where the ability to hold and dissipate charge will gradually reduce over the years of usage. While it may be bulky, heavy and complex, it doesn’t require day-to-day maintenance, but it will in time. You may not even notice it at first because it will take a lot for your EV to break down in the middle of the road, but eventually, you will realize that you can cover less mileage than before with a single battery charge.

Electric car batteries usually have a warranty of 8 years, but there are cases where it took 15 years for the battery to be officially faulty and when that happens, you will have two options to go ahead. You will either have to return your car to the dealership, or you will have to find a battery specialty shop to replace your battery pack where a goliath sized charge would be imposed on you. However, if you have grown accustomed to driving cleanly, you probably won’t go back to ICE cars.

If you look at your electric vehicle as a giant gadget, then you understand the importance of regular updates. They ensure the life of an EV; that they run longer and more smoothly. Schedule and reschedule maintenance appointments, but also take care of various security issues that tend to come up more and more these days as an EV is basically an IoT device and like any other IoT device, it posses all the security risks and the one way to avoid all of it is to update the software from time to time. For the vehicles that require you to get them to the dealership for an update, don’t delay the process, and get that taken care of as soon as you hear there is an update for your car’s software. If you have the option of the over-the-air software update, then you have nothing to concern yourself with – the update will be run without you.

Firstly, EVs with a liquid thermal management system will need you to check and replace the coolant regularly in accordance with the owner’s manual, just like with ICE cars. The reason is that, unlike ICE vehicles, electric cars have massive batteries which mustn’t be over or under heated, thus preventing vehicles from functioning properly.

Secondly, brake fluid requires the same amount of attention. Because of the specific braking system on EVs, there is significantly less degradation. You can get away with not changing it up to two years, depending on the make and model of your electric vehicle.

Thirdly, windshield wiper fluid is to be added more often, with taking into account temperature changes which come with different seasons. Choose between summer and winter blends according to the external temperature in order to avoid fluid freezing in the winter.

4) Take care of the chassis

As long as you take good care of the chassis of your car, you can minimize both your bill at the mechanic and your worry about having to replace your vehicle for a new one. Also, the better your car looks to you, it’s owner and driver, both inside and out, the greater the pleasure you will have in driving it. From there, it goes that if it looks good and it runs well, you will not have to replace it prematurely if you don’t want to.

On the other hand, issues you don’t need to concern yourself with if you own an electric vehicle are as follows:
Your EV doesn’t have the mentioned components. Therefore, your life is easier because you don’t have to run to your mechanic worrying they can cause you to be stranded on the side of the road with a broken down car.

---
We at https://app.bigfix.in plan to add EV Charging station installation and maintenance across India.

By Aswin Jayadev April 16, 2020
With the oil crisis of 1970s, which affected our day to day lives in unfathomable ways, the transport industry too took a toll. A steep increase in the fuel prices meant less use of personal vehicles and thus lesser profits for the automotive industry. With no end in sight to the continuous and exponential rise in fuel prices, it was only in the definite interest of the companies to shift from oil as a fuel to better alternatives. Even though the idea of electric vehicles was prominent then, with some prototypes in existence, the major issue was mileage. With the meager coverage it gave, those cars were pretty useless other than for going shopping inside the city. Long drives and top speeds, the very component of thrill and adventure that car enthusiasts love about a drive was missing. There was no adrenaline rush in Battery Electric Vehicles compared to the traditional Internal Combustion Engine counterparts.  That is until, the TESLA ROADSTER unveiled in 2008. This c
2 comments
Read more